The California Prune Board has officially seated its 22-member board and 16 alternates for the 2022-2024 term.  Following certification of the election by the California Secretary of Food and Agriculture, the new board approved the 2022/23 fiscal year programs and budget at its June board meeting.

In one of its first orders of business, the following members were unanimously nominated and elected by their colleagues to serve as CPB officers: George Sousa, Jr. as Chair; Mike Vereschagin as Vice Chair; Dan Bozzo as Secretary; and Rajeev Davit as Treasurer.

We are excited to announce the newly seated California Prune Board members and look forward to working with each of the members.

Mary Jo Feeney has coordinated the nutrition research program, serving as an advisor for 25 years, and will be stepping away from the board at the end of July. Hear more from her as she reflects on her memories from the past two and a half decades.

Can you briefly share a little bit of the history of the CPB nutrition research program for the past 25 years? How did the NAP get started and what led to bone research?

During the 1990s, the CPB supported some nutrition research through UC Davis while also participating in the University of Illinois Functional Foods for Health Program (FFHP).  Researchers involved in that Program recommended that the Board establish a framework for making decisions on funding priorities as well as identifying a panel of independent scientists to help develop direction, and evaluate proposals and results for efficacy – this group became known as the Nutrition Advisory Panel.

A distinguishing characteristic of the NAP’s selection and development was that the Board first strategically identified expertise needed and then sought qualified investigators to help guide research in those areas: food science/technology so research reflected marketplace reality; a physician to advise on the appropriate measures in clinical trials; expertise in the science of carbohydrate and fiber, bioactives/antioxidants; nutrition communication/education and women’s health (the consumer target at the time), which over the years became more focused on bone.

Phyllis Bowen, a member of the inaugural NAP, wrote on the role of commodity boards in supporting nutrition research in Nutrition Today: “ I noticed that prunes had an unusually high boron content. I remembered that boron had been associated with strengthening bones in some early animal studies. A young faculty member, Bahram Arjmandi, in my department at the University of Illinois at Chicago had a model for ovariectomized animals to simulate osteoporosis, so I suggested that he put in a proposal to study prunes with his animal model… although there was no previous evidence of a prune bone connection. To Arjmandi’s surprise and ours, the prune-treated ovariectomized rats (a good model for postmenopausal osteoporosis) experienced less bone loss than their counterparts”.  And the rest is history culminating in the recently completed largest clinical trial on postmenopausal women to date under the direction of Dr. Mary Jane De Souza at Pennsylvania State University.

From your perspective, what has been the most compelling research finding in the last 25 years? Or what finding surprised you the most and why?

The remarkable consistency in the preclinical trials on the role of prunes on bone-related conditions; in hormone deficiency models; in the aging; in young, growing, and adult mice; in slowing bone loss associated with spinal cord injury; in exposure to radiation; in osteoarthritis; in inflammation as an underlying condition; and recently in a model of glucocorticoid-induced osteoporosis.  It can be expensive and time-consuming to investigate all these conditions in clinical trials, so this consistency is especially noteworthy.

While not surprised because sex differences impact risk for and types of interventions for other health conditions, I am intrigued that current research on postmenopausal women and older men seems to suggest they respond differently to the effects of prunes on bone health.

What has impacted you the most in working with CPB?

The industry’s commitment to nutrition research – which is about discovery with no sure bets.

The opportunity to learn more about the person behind the investigator/scientist/NAP member or industry representative.

The NAP’s commitment to scientific rigor that has resulted in a credible research portfolio supporting health professional and consumer communication.

Can you share one of your fondest (or quirkiest) memories from working with research and traveling with CPB?

Traveling on behalf of and along with the NAP and CPB rates a 20 on a score of 1-10.  With amazing locations, the meetings always fostered longform discussions of robust scientific, collaborative dialog and networking among the researchers to guide strategic research and industry campaigns and establish the industry as the leading source of information on prunes. A few highlights from these meetings:

Sardinia: isolated beach with only one person – on a cell phone (in 2008!)

Boron: en route to a NAP meeting through the Mojave Desert for a souvenir of the crystalline metal

What will you be most eager to learn about as the current pipeline of research comes to fruition in the chapter ahead?

I’m very interested in the food survey/dataset analysis by Dr. Lemay.  Nutrition starts with foods consumers eat. In the era of personalized nutrition – what foods, for whom, and how much – food survey information on dietary intake and patterns helps design studies to meet consumers where they are.  Dr. Lemay is including international datasets to discover how regions/cultures vary in prune intake and associated health measures. This enables CPB to customize research to regional/country interests. Since individuals generally retain their cultural food patterns when migrating – such consumption/patterning information will be useful in the U.S. as demographics change.

CA GROWN: Grown to be Great – California Prunes: Superfood Without a Cape!

When it comes to partnerships, CA GROWN is on point with getting California Prunes seen among relevant consumers. Compelling content from top-notch influencers, retail partnerships, and other notable activities have provided fantastic value for prunes.  Last July, CA GROWN launched a digital media campaign, called “Grown to Be Great,” with the objective of inspiring consumers–especially those with a serious interest in cooking–to choose California specialty crops and share information about them on social media platforms. The newest creative for the campaign currently includes California Prunes which debuted this summer. Check out the ad here: CA GROWN: Grown to be Great – California Prunes: Superfood Without a Cape!

California Grown–overseen by CDFA–was formed in 2001 and is dedicated to connecting consumers with the Californians who grow and produce their food. The Grown to Be Great campaign is funded in part by CDFA’s Specialty Crop Block Grant Program.

Getting the word out about the health benefits of prunes has taken on new endeavors as California Prunes set out to surprise and delight 25 RD personalities who influence key audiences every day. As we forge new partnerships for creating and building prune content that resonates with audiences and simultaneously shares the nutritional benefits of prunes including research findings, we are gauging the success of our messaging with influencers such as Annessa Chumbley, Elizabeth Shaw, Jim White, Lauren Manaker, Marisa Moore, Manuel Villacorta, Natalie Rizzo + Tawnie Graham. Check out this sweet recipe idea from our partner Elizabeth Shaw and see how she included inspiring ideas in a recent article for Clean Eating. 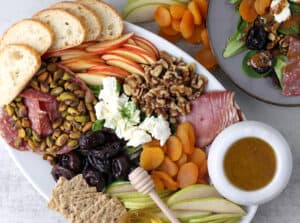 What better way to celebrate the bounty of harvest than with a gorgeous charcuterie salad from our friend and RD Liz Shaw. Filled with California-grown produce and topped with a creamy balsamic dressing sweetened only with California Prunes, this one is sure to impress for your next gathering. 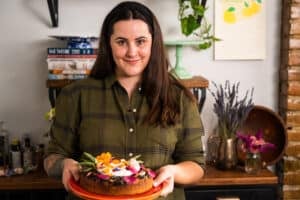 Listen to the podcast here!

In the Kitchen with Peter & Jo

We have commissioned a three-part series of nutritionally led recipe videos featuring our ambassadors Peter Sidwell and Jo Travers. These were filmed in early March in the Lake District. The first of these ‘Saturday Kitchen Live’ episodes went out on April 30 and was repeated on May 4. The next two in the series were released later in May. Each video involves a collaborative discussion regarding the nutritional value of the recipes – as well as broader conversations about food pairings and the role California Prunes can play in leading a healthy lifestyle.

The recipes and themes covered in the videos were as follows:

This June, California Prunes shared the secrets and nutritional benefits of prunes at Remini Wellness in Italy, the world’s biggest gathering 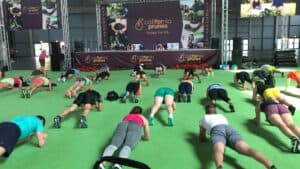 In collaboration with fitness influencer Valeria Airoldi (@valeairoldi) and personal trainer Valentina Barbieri (@_valentinabarbieri_) California Prunes led “functional training” workouts on the Active stage followed by a sampling of California Prunes. Visitors had the opportunity to enjoy their distinctive taste and learn more about their unique nutritional characteristics for pre and post-workout – an important aspect of building strong bones. 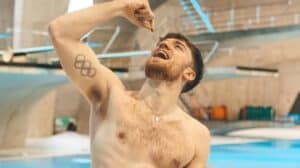 The Dried Fruit Alliance (DFA) has wrapped up a successful social media and PR campaign, thanks to a partnership with British diving champion, Matty Lee. The three-month activity to raise awareness of the benefits of dried fruit was funded by DFA members and the International Nut and Dried Fruit Council (INC).

Olympic gold medallist and I’m a Celebrity star Matty headed the 2022 #eatmoredriedfruit campaign as lead ambassador, sharing the nutritional benefits and versatility of dried fruit to encourage consumers to eat more as part of a healthy lifestyle.

This year’s DFA campaign had a reach of 172 million and led to a 45% Google search uplift for ‘dried fruit’ following broad coverage in the national press, regional radio, and channels like Instagram. Matty Lee also shared the benefits of eating dried fruit as part of his training regime with his 427.9k social media following.

Esther Ritson-Elliott, DFA Executive Committee member and Director of International Marketing and Communications for the California Prune Board, says: “We’re delighted with the campaign results and the total number of consumers we have reached. It’s helped us underline the role natural dried fruit can play in everyday diets and its versatility as an ingredient or snack.”

Phil Gowland, DFA Executive Committee member and Commercial Director for Whitworths, added: “The involvement of a professional athlete such as Matty helped us to land the underlying health message in a credible and engaging manner. If we can make a step change in the understanding of the benefits of dried fruit, the growth potential for the category could be significant.”

California Prune Board participated in the USA Pavilion at the international trade show SIAL in Montreal in April 2022. A sampling at SIAL contributed to driving awareness of the health benefits, great taste, and premium quality of California Prunes with trade. Over 2,000 California Prunes, sample packs were handed out during SIAL and were well received by attendees from the retail, food service, and food manufacturing sectors. Visitors were also provided recipe cards, nutritional information, consumer research data, and handler and supplier information.

SIAL was a good opportunity to engage with trade face-to-face again. Other tradeshows, including the Canadian Health Foods Conference and Expo West, will be explored to see if they provide access to as-of-yet unreached audiences.

After California Prunes exhibited at the SIAL tradeshow, an event wrap-up was pitched to over 15 trade media outlets across Canada that shared highlights of CPB’s highly successful week (both at the trade show and with the influencer event). The event wrap-up focused on CPB’s leadership in marketing activities that drive awareness, demand, and sales of California Prunes. Trade media relations contribute to the goal of four trade press releases/media pitches and increasing awareness of how California Prunes can add value to trade businesses through quality, taste, and health advantages.

2022 Gulfood was a very dynamic show and there were many attendees from a wide range of regions – with the exhibition attracting high level trade contacts from the GCC/Middle East/ South Asia/ Europe + UK. It was the first truly international trade show since COVID, with the high attendance figures and frequency of meetings at the CPB stand reflecting this. Whilst at the show, CPB also supported INC, was heavily involved in California Day, was visible at EXPO 2020 and Esther Ritson – Elliott was a key invitee for the Agribusiness Trade Mission (ATM).

RSVP to Sarah at scastro@ucdavis.edu